Eaasi Carbon provides a platform that not only advises on energy switching and carbon reporting, but also delivers a carbon offsetting solution with real traction. 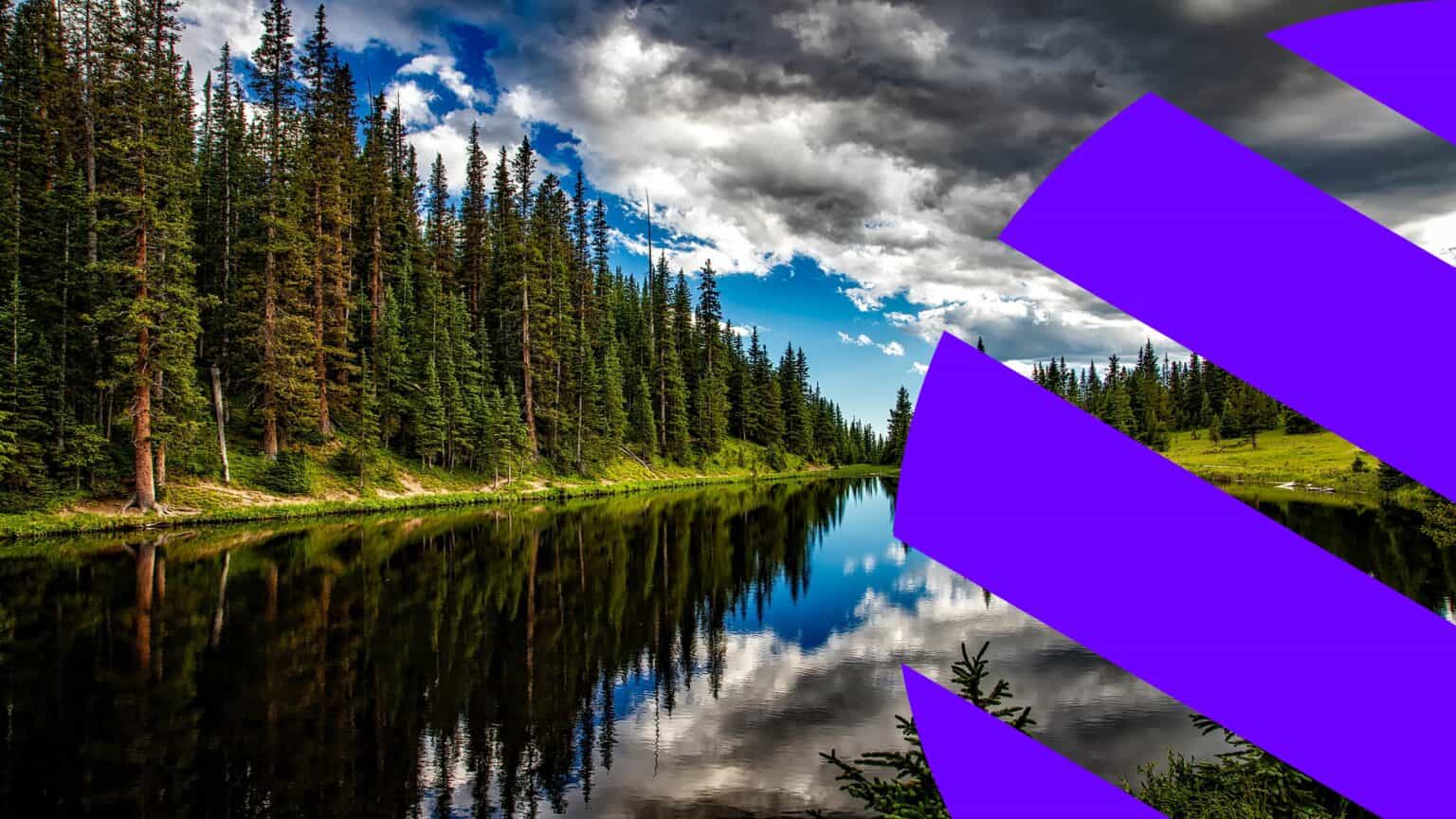 It’s been likened to the ancient Catholic church’s practice of selling indulgences: the granting of absolution from sin in return for a financial donation to the Church.

But this rather short-sighted take on the value of carbon offsetting fails to take into account the bigger picture.

And this rather crude analogy forms the basis of the argument that naysayers of carbon offsetting put forward:

don’t trade your cash for complacency by paying your way out of it. Just stop doing it in the first place.

Yet take a minute to consider all the accrued benefits of carbon footprint offsetting.  Planting trees to suck carbon dioxide out of the atmosphere, replenishing lost eco-systems, empowering local communities. By any standards, these are all positives which sit snugly in the ‘no brainer’ column.

And there’s more to it even than that.

The practice of offsetting also encourages people to become more aware of the impact of their carbon footprint.  And subsequently more accountable for it.

In terms of public awareness campaigns, carbon offsetting is still a relative infant. One need only consider the hundreds of thousands of travellers passing through airports on a typical day.

It’s highly likely only a tiny fraction of those stop to think for even a minute about the impact of their carbon footprint, and even fewer who commit to rendering their journey carbon neutral through an offsetting scheme.

Whilst that may be how it looks today, it could be a very different picture in the near future. As carbon offsetting schemes become more prevalent, more visible and more accessible, they’ll inevitably move to the forefront of people’s consciousness.

And from there it’s just a ‘hop, skip and a jump’ to becoming the social norm, the tipping point when a practice becomes so universally accepted that any counter position is almost untenable. Think drink driving. Or lighting up in designated ‘No Smoking’ areas.

It’s simply not the done thing.

Who knows, perhaps one day it will become almost inconceivable to climb on a plane without taking on the responsibility of offsetting your carbon emissions…

If so, those who have this kind of mindset won’t be confined to offsetting alone – because somebody as ecologically progressive to pay for a tree to be planted in lieu of their flight’s carbon emissions isn’t likely to stop there.

They are just as likely to be walking the walk in other areas of their life, as well.

And not just retrospectively with offsetting schemes, but proactively as well. How? By understanding their carbon footprint in the first place; by recognising the impact of it on the planet; and by committing to ways to reduce it altogether.

In their home, in their businesses, and in the choices they make as consumers.

And of course it’s not solely individuals who are responding to the call. Part of the wider debate around the pros and cons of carbon offsetting is where the ultimate responsibility rests.

Should that onus lie with the consumer? Or with the business providing the services and products? Such as the airlines and the big energy companies.

That said, in terms of small- and medium-sized businesses, those that have the vision to assume the responsibility of carbon offsetting – rather than leaving it to their customers to address – recognise it’s not just ‘good practice’. It also puts them at a distinct commercial advantage.

They understand that nowadays consumers don’t just buy on cost or the quality of service. Today, consumers make ‘mindful’ choices. Choices based on conscience or climate or ‘buy local’, or whatever other ethical motivation is important to them.

It’s these more enterprising businesses that are ahead of the curve when it comes to understanding consumer behaviours.

They have the commercial vision to see the inevitability of that all-important tipping point around consumer awareness of carbon offsetting schemes. And they’re the ones taking pre-emptive steps to mitigate the carbon footprint on behalf of their customers.

They also recognise that their own time is valuable, so in order to achieve these ambitions effectively and efficiently without reinventing the wheel, they need a partner that can streamline the entire process.

Eaasi Carbon provides a platform that not only advises on energy switching and carbon reporting, but also delivers a carbon offsetting solution with real traction.

Eaasi Carbon works in partnership with Play It Green, an award winning Manchester-based organisation that was created in response to the effects of climate change to provide a simple, cost-effective solution to carbon offsetting.

Play It Green offers individuals, businesses, schools and sports clubs a chance to redress the balance by empowering them to take the next step to a sustainable future.

Planting trees with Play It Green isn’t just an effective means of removing carbon dioxide – the main greenhouse gas – from the atmosphere.

It also helps to replenish lost eco-systems and provide employment and other life opportunities for those living in communities impacted by climate change.

For businesses, Play It Green has developed a portfolio of products and services to help SMEs deliver on their corporate and social responsibility agenda, to maximise marketing opportunities, and to reach Net Zero.

Reduce – In return for £5 per employee per month, Play It Green engages with the whole team, offering email support, news, tips and sustainable discounts, all designed to foster a climate positive workforce and to educate people on the many ways to reduce carbon emissions.

Repair – Play It Green also commits to plant 13 trees per employee – each and every month. This equates to offsetting the equivalent of each employee’s domestic carbon footprint on top of a further 7500 annual personal miles.

And that’s only part of the picture. Play It Green is wholly aligned with the United Nation’s Sustainability Development Goals, which sets out 17 priorities for world leaders to tackle collaboratively, such as creating employment, restoring animal habitats, rebalancing rainfall patterns and reducing soil erosion.

The benefits of tree planting can be seen in action in communities across the world, including Africa, Asia and Central America.

Regive – And finally, Play It Green passes on a proportion of its profits to a good cause. There is a direct correlation between climate change and social inequality, which is why Play It Green donates 10% of money raised through its tree planting to good causes chosen by their community of supporters. In addition, Play It Green invests at least 50% of its profit into start-ups that are innovating with climate solutions.

How does it work?

On signing up with Play It Green, teams are provided with their own bespoke webpage – or Forest Garden – which acts as a dashboard for showcasing campaigns, tracking results, attracting support and galvanising others, as well as tools to support the business on its Net Zero journey.

For instance, businesses can offer customers the chance to add the option of planting a tree at point of sale, or to enhance their business proposition by adding the cost of a tree – 50p – to products, services, bookings and events. And of course, the platform is highly visible and engaging, giving businesses the chance to promote their green credentials to customers, suppliers and stakeholders.

The strategic partnership between Eaasi Carbon and Play It Green delivers a ‘cradle to grave’ solution for businesses that is trusted, cost effective and proven.

Within that mix, carbon offsetting plays an important part, not least because, as concepts go, this is one that’s easy to grasp, easy to communicate and easy to implement.

And so it might prove to be the gateway through which individuals and businesses take their first faltering but significant step on a path which moves them from a carbon neutral position to one which is carbon positive.

Hmm… perhaps there is after all a parallel of sorts to be drawn between the rich sinner paying for their redemption, and the atoning holidaymaker forking out for a tree to be planted.

Similar all bar the fact that in this case, the unrepentant sinner is yet to see the error of their ways…

The smart way to save on your business energy bills with zero touch carbon reporting, and no hidden commissions with our commission disclosure promise*

Please enter your username or email address. You will receive a link to create a new password via email.